The wine list in the local Indian restaurant has long since been a source of amusement, befuddlement and woeful disappointment. And the appearance of bottles originating in the subcontinent is rare, if not exceptional. Perhaps because, until recently, the wines themselves were anything but. Acidic, thin, one-dimensional. But no more- with companies like Soul TreeÃ¯Â»Â¿, and now Ritu and Sula, slowly but surely seeping into the wider public consciousness.

And, hailing from the subcontinent, it stands to reason these wines should have an affinity with Indian food. Making pairings is notoriously tricky, owing to the complex and diverse profiles of both the dishes and the beverages themselves. Conventional wisdom preaches that, the more going on in a dish, the less should be going on in your glass- fresh, clean, unconflicting.

But does that always need to be the case? Some of the dishes trickling out of La Porte des Indes‘ 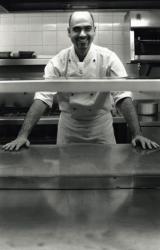 kitchens are pretty busy- flavour, texture, aroma- and so they should be with Ethnic Chef of the Year Mehernosh Mody at the helm. Yet we’re all merrily quaffing right across the vinous spectrum from lush, floral whites to brooding, oaky reds. And we’re all simultaneously munching away, the sounds of mastication drowned out only by murmurs of both surprise and satisfaction.

The rich, silky notes of both fois gras on puris anointed with fig and ginger chutney, and star-anise-spiked chocolate mousse tartlets, lets the Shiraz slips down very nicely indeed. The fresh spicing of Southern snacks like Malabar crab salad and masala dosas, meanwhile, call out for the aromatics in Viognier. Mango mess is a natural partner for the tropical notes of Chenin Blanc- yet the ethereal whisper of cardamom could marry it equally well to the Cab. Sav., if you’re so inclined.

The diversity of the regional canapes is ideal for showcasing the versatility of these wines- the general consensus having already found them to score very highly indeed in terms of quality. The reds prop up dishes like lamb nargis kebabs and hunks of charred tandoori guinea fowl, and come into their own alongside the cinnamon, garlic, clove of an Gloucester Old Spot vindaloo. Whites are especially gluggable with Amritsari-style battered fish, or the zesty ginger notes in pakoras.

Ritu draws its name from the Sanskrit for ‘season’. Head winemaker Abhay Kewadkar got himself an education in France, lending a discernable Francophone accent to the vineyard’s output- and the chateau styling of the building. The brand is the first to bring Indian wine to the supermarket shelves, following an unsolicited approach from Waitrose at a major wine fair. Accolade indeed.

Both vineyards are based in Maharashtra, one of India’s three vinegrowing areas- 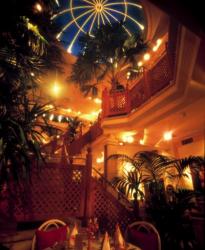 Ritu in the Sahyadri Valley, Southeast of Mumbai. Himachal Pradesh, in India’s colder North, and Karnataka, in the searing South, complete the triumvirate. Both international and indiginous grape varieties are cultivated- Anabeshahi, Arkavati and Arkashyam some of the natives. The Indian wine industry grew by 200% last year alone- so, clearly, they’re doing something right.

So, the next time you’re cooking up a curry or ordering in a takeaway, give the low-gas lager a wide berth and seek out a subcontinental in the wine aisle. Think about the flavours you’re working with and what will work with them. Cast aside preconceptions and past experiences, and challenge the conventions. This is one industry that has very definitely progressed as many others are in decline. You’ll be surprised- hopefully, pleasantly so.