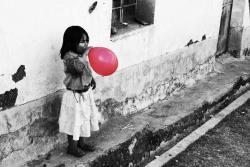 On Tuesday 6th and Wednesday 7th May, at the Millbank Media Centre in London’s Westminster, restaurateur and chef Martin Morales, founder of Ceviche and Andina restaurants, and award-winning Peruvian children’s charity Amantani will present Meet My World Ã¢â‚¬â€œ a multimedia exhibition showcasing the work of the charity through a series of 12 short films, written and presented by some of the children supported by the charity in rural communities in the Andes of Peru.

Guests will be greeted with Peru’s national drink Ã¢â‚¬â€œ a Pisco Sour, and shown a collection of photography taken as part of the Meet My World project. Following this will be a special screening of six of these inspiring short films in the centre’s intimate cinema, while Martin and his team at Andina will offer an edible cinema experience, serving a different Peruvian-inspired taste to match each film.

Chris Palfreyman commented, Ã¢â‚¬Å“The children we work with at Amantani grow up on the margins of society in rural communities in the Peruvian Andes, which we’ve seen can erode their self-respect and sense of self-worth. The aim of Meet My World is to show these children that their culture is something they can be very proud of. The idea is simple: the more people that learn from the children’s films, the prouder they will be.Ã¢â‚¬Â

Martin Morales commented, Ã¢â‚¬Å“As with Ceviche, Andina tells a story about Peru. By co-producing these films with Amantani we have not only helped children in our care, but they also help us all to learn something special. Meet My World’s beautifully shot films show simple yet new teachings about Peruvian food and ingredients, presented by the children supported by Amantani. The films are powerful and fun, and that’s why my team and I at Andina are so excited to be working on this project.Ã¢â‚¬Â

Tickets for the Meet My World London screening events at the Millbank Media Centre from 6.30pm on Tuesday 6th and Wednesday 7th May are available now priced £10 (+booking fee)