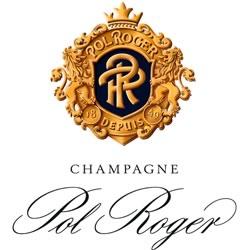 In celebration of appointing Pol Roger as their new house pour, Mayfair’s Bob Bob Ricard restaurant will be offering a complimentary flute of the wine with lunches served throughout July. To liberate a beady glass of the non vintage version, simply order a starter or main course, or main course and dessert before 4pm. The usual cost of the wine at the venue, which has earned a reputation for democratising fine wine through fair pricing, would be £11.50.

Pol Roger, which is still family owned, was allegedly the favourite Champagne of Sir Winston Churchill. Indeed, after his death in 1965, the house placed a black border around the labels of wine shipped to the UK.

Co-owner of Bob Bob Ricard, Leonid Shutov told Foodepedia, ‘Churchill insisted on enjoying the wine at the most dangerous and dark periods of wartime. He famously borrowed a slogan of Napoleon’s to describe his passion for this supremely invigorating champagne: “In defeat I need it, in victory I deserve it”. He famously sent his countrymen into battle with the words ‘Remember gentlemen, it’s not just France we are fighting for, it’s Champagne!”‘