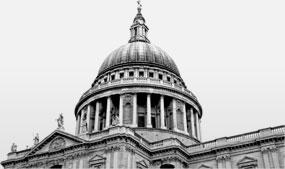 It’s National Apple Day on the 21st October and to celebrate The Restaurant at St Paul’s Cathedral have created a selection of mouth-watering dishes using apples from British orchards.

Throughout October diners can get in on a slice of the apple action with two courses for £20 and three for £24. Dishes include Aspalls cyder soup, West Sussex pork belly with Aspalls cyder red cabbage and Pink Lady apple sauce and blackberry, bramley apple and cubnut crumble with cobnut ice cream.

Just to show how much they love British apples, The Restaurant at St Paul’s Cathedral are also going to be handing out apples to commuters at Paternoster Square, Thameslink and Bank stations. Visitors to the restaurant will be treated to a mini toffee apple giveaway!