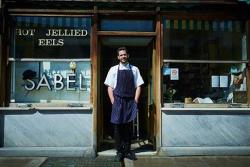 Family-run Sabel is launching a series of Feasts at Palm 2 in Clapton this summer.  Following on from their successful popup at F. Cooke in 2012, Toby Williams draws on his experiences from The Square, MomoFuku and collaborations with Simon Rogan and Ottolenghi to bring a bold, big-flavoured British menu to a room above a local supermarket.

The four course feasts are served on communal banquet tables and made to be enjoyed together with friends and family.

After twelve years working in various parts of the food industry and eating his way around London and further afield, Toby draws on his wide range of influences and experiences in creating Sabel.

He began running local restaurants and spent time at The Square and Kitchen W8, but Sabel was always at the back of his mind, so he left the safety of restaurants to explore further.

After a summer in New York staging at Momofuko and Gramercy Tavern, he joined Rocket Food and spent the next four years running large events. From the Wilderness banqueting tent to high profile dinners for a thousand, he learnt how to deliver quality on a large-scale.

As executive chef, he managed the Mercedez AMG Petronas F1 team, travelling and developing his menus, inspired by the produce of Australia and Monaco and the street food markets of Shanghai and KL. In recent years, he has had the great fortune to work alongside and learn from Simon Rogan, St. John and Ottolenghi amongst others. 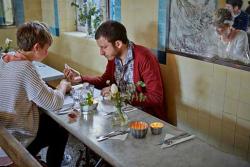 By Foodepedia20 May 2015Restaurant News