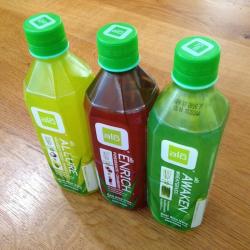 My imagination is fairly stunted. When it comes to the future, I can’t think of anything beyond what we already have – just smaller versions with a few LEDs attached.

With cold drinks, for instance, I struggle to think beyond Coca-Cola, wracking my brains to imagine a world where the red and silver cans aren’t the dominate show of force in the fridge. Then again, what with Coca-Cola Life, I’d argue they’re struggling too.

Coca-Cola didn’t exist once upon a time – an innovation that my 1880s self would have found hard to comprehend – and neither did cans of fizzy orange with foil lids and cartons of purÃƒÂ©ed fruit mixed with grape juice.  Both of which caught me off-guard, which is why I’m sitting on the Northern Line writing this, rather than overseeing my mango juice empire and taking a refreshing dip each morning in a Scrooge McDuck pool of coins. 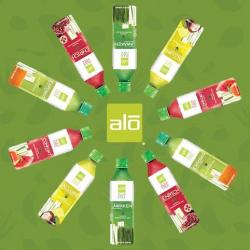 This is a roundabout way of saying that I’m in no position to propose what the future holds for drinks, food or anything else for that matter. So, my judgement is not one to listen to when a new product reaches the market.

Alo Drink – a box of which was delivered to the office last week – is an aloe vera based fruit drink, with no artificial anythings in it, that can be found muscling its way on to newsagent shelves across the land.

Guess what? I wasn’t a fan. Sweet and gloppy, the aloe dribbled down my throat in an uneasy manner. 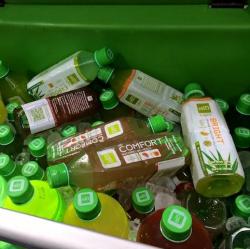 Guess what? Of the twelve bottles delivered there are now none left. My colleagues washed their teeth in the stuff before, during and after lunch. Twelve bottles, three people, two days. All gone.

Wow. I know nothing, quite clearly What I disliked, they loved. If you’d asked me, Dragons’ Den style, about the merits of investing in Alo Drink, I would be out on the ‘d’ of the bang. However, I’m probably from the same stock that once looked at carbonated molasses runoff, laughed and invested in the South Sea bubble instead.

People love this stuff and who am I to stand in their way. Drink it and decide. You’ll most likely love it. Me, I’ll stick to Coca-Cola – clinging on for dear life as the cans are swept clean from the shelves.