So that’s it, we’ve had our first (and hopefully not last) taste of summer. On a bank holiday weekend that saw temperatures ramp up the mercury all the way up to 23C, many of us were out in the garden dusting off the old reliable barbeque and turning up our noses at the smokey aroma of burning meat from the garden next door. Though the fine weather appears to be leaving us for the moment the summer is still very much on its way, and with my favourite holiday, National BBQ week just around the corner starting on 22nd May, why not make this barbeque season one to remember with a guide to the newest gadgets and recipes the food world has to offer 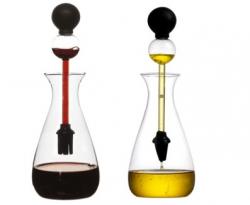 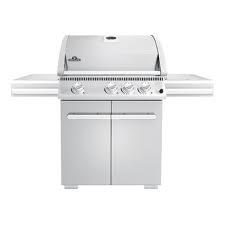 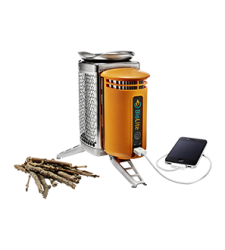 If it’s new fangled and supercharged gizmos you’re after then look no further. Last BBQ Week, Nick was lauding the Grillstream technology of the Leisuregrow 100 BBQ in this article. This year on the gourmet barbeque front grill specialists Napoleon are going one step further and creating a sort of outdoor kitchen by attaching a sink and a prepping surface to a gas barbeque and calling it the LE1.

Though the Charcoal v. Gas argument rages on between die-hard BBQ enthusiasts, Team Gas is benefitting from the newest developments in outdoor cooking, and the ability to prep, grill and wash food on one station outside could prove very handy indeed when you think of all the mess you can make marinating your preferred dish.

Elsewhere, furniture and home accessories retailer The Conran Shop has launched a range of camping equipment for those times when your outdoor experience is in desperate need of luxury. The solar powered Cook Up Inox has an instant 200°C heating capacity and the Biolite BBQ cooks with all the flavour of a wood flame and once lit it uses the heat to charge your iPhone or other USB devices.

Last but certainly notleast the eggheads from the Science Museum have combined sauce and science to create a marinade and brush set which promises to distribute a healthy but tasty amount of marinade to cut back on calories while still retaining flavour.

Be he host who can boast the most roast

Next comes the hard part: you’ve invited all your friends round, the drinks are chilled, the sun is low and you’re blasting out music that makes you feel like you’re in a cider advert, now its really time to crown yourself king or queen of BBQ season and grill up a storm.

If all this talk of sizzling is getting you in the mood for National BBQ Week but you have no ideas beyond the same old burger/bun combination, we can offer recipes from the likes of Masterchef presenter and restaurateur John Torode, as well as top tips from spicemasters Gourmet Garden and spuds enthusiasts Many Faces of Potatoes how to update your potato wedges this summer, along with tips for burgers fit for a Bollywood B-movie.

Whether its John Torode’s classy Lamb Shashlik kebabs served with Potatoes BBQ-style  or the anything-but-fishy Gourmet Garden’s Thai prawns, we’ve got all the recipes you need to turn your neighbors greener than Lord’s on first-test-of-summer day. 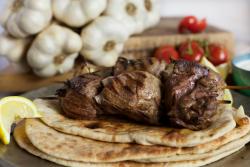 By Foodepedia19 May 2013Articles