Cruise ships can have a bit of a dodgy rep when it comes to food, but P&O’s Azura has plenty to make even fastidious foodies fall in love. Nick Harman waddles up the gangplank

It’s not the first time I’ve eaten Indian food with the sensation that the room’s moving up and down, but it’s the first time that it really is. I’m in Sindhu,  Michelin-starred Atul Kochhar’s restaurant at sea, a fine dining palace on top of Azura, one of the world’s largest cruise ships. 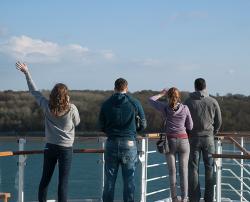 Azura had sailed earlier from Southampton and, even before the sun had set over the Isle of Wight, I was nosing about Sindhu to see how it was possible to create true Michelin star Indian dining on the ocean wave.

The decor certainly looks the part; dark woods, sumptuous booths and the aromas from the kitchen, or as we salty sea dogs say the galley, redolent of fine dining. With grills going and even a tandoori oven, the kitchen looks like any other professional Indian kitchen, except for the extra lips and edges needed to stop pans sliding around in any rough seas. 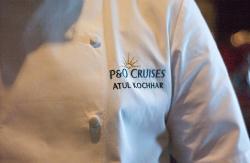 Normally Atul entrusts Sindhu to the very capable hands of its head chef, but he’d left his Mayfair restaurant Benares and Saturday Kitchen and all the other commitments of a Michelin starred chef to personally come aboard as part of P&O’s food and wine themed cruise from Southampton to the Mediterranean and back.

When he flew home in four days’ time, having conducted a master class, a visit to a Spanish fish market and a Q&A session with passengers televised for the whole ship, Eric Lanlard of Channel 4 Baking Mad fame would come on board to demonstrate fine patisserie and after him wine expert and bow tie aficionado Olly Smith. 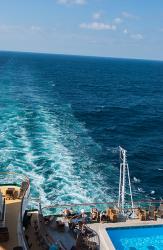 Food features heavily on cruise ships of course; in fact one old cruising hand told me that the smarter ladies bring along extra dress sizes to allow for the inevitable expansion as they sail along. Few cruise companies take it quite as seriously as P&O though. On Azura, along with Sindhu, there are two more fine dining restaurants as well as the more standard buffets, grills and pizza places. Everyday good food is included in the cost of the ticket, but if you want to dine in places like Sindhu a small extra charge is made on each visit. For Sindhu it’s £15 and gets you appetiser, pre pudding and petits fours into the undoubted bargain. 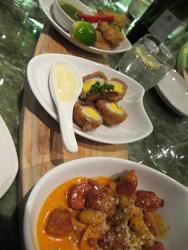 The first night we left our cabin with, amazingly, an actual balcony, to try out The Glass House. Here Olly Smith selected wines are by the bottle or by the glass, courtesy of the clever Inotec inert gas system that keeps the wine fresh. The decor was modern and stylish and the ship stabilised so well that the only clue we were off the coast of France was the almost imperceptible movement under our feet. The ship sails slowly, not to save fuel but to keep things smooth, and Azura moves through the sea like a block of flats on castors. Bad sailors have no worries here and we tucked into a cool Modern European menu with gusto before wobbling off to sample the wide choice of entertainment on offer shipwide. 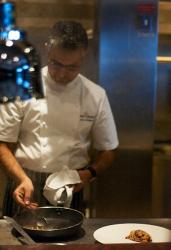 Next day was a cooking Masterclass with Atul himself. Softly spoken, self-deprecating and witty, Atul enthralled his audience as, with us looking on closely, he cooked some signature dishes, answered questions about himself and his career and gave lots of cooking tips before serving a memorable lunch of spider crab, tandoori chicken and sea bass that was as good as anything I’ve ever eaten in his main restaurant in Berkeley Square.

It wasn’t the last we’d see of Atul though, a day later docked in the Galician port of La Coruna, a group of us joined him on a visit to a Spanish fish and vegetable market, 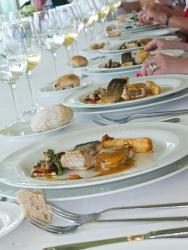 followed by a delicious lunch in a stylish restaurant overlooking the harbour, a meal so good we only just made it back to the ship before it sailed, earning us all a good natured rebuke from the captain over the ship’s tannoy. 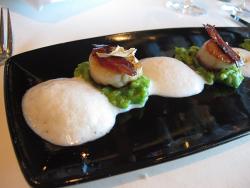 Seventeen is another of Azura’s special restaurants, one where old style fine dining rules. It’s been a long time since I’ve seen someone do crepes suzette at table and the leaping flames made me fear for my black tie outfit – Azura likes to have the occasional formal evening and dressing up like Bond is all part of the fun. Seventeen’s menu and style is knowingly old-school but none the worse for that. 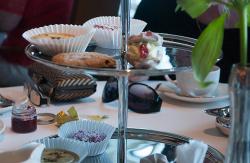 Days in harbours are followed by days at sea and as we crept closer to the Mediterranean, the skies lightened and before long the swimming pools were filling up and the suntan lotion was being sloshed about. There’s plenty to do on board, but a highlight each afternoon is the inclusive afternoon tea as good as any London hotel’s and served in high formal style in the main restaurant. 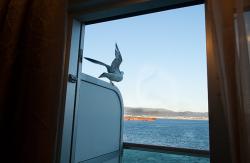 The good natured staff, mostly from the Far East, probably wondered what it was all about but served us dainty sandwiches and guilty pleasure cakes, with the genuine friendliness and good nature that characterised all the staff on board. After tea there’s only one clever thing to do and that’s either slump out around the adults’ only pool at the stern or doze in front of the giant Seascreen cinema that dominates the larger family deck area. 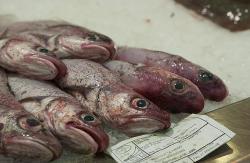 We were getting pretty used to the sea going lifestyle by now, one that requires you to do nothing more strenuous than walk the long corridors to your cabin, or if you’re feeling guilty about all that eating, to take the stairs – Azura’s lifts serve a mind-boggling 16 decks in all.

We tried the inclusive buffet one lunchtime, fearing the worst, but it was really rather good offering something for all tastes and plenty of it, and as soon as one section threatened to get low, more freshly prepared food was on its way.  Breakfasts too were epic, you could eat a dainty breakfast of fruit juice, croissants and compote, or you could load your plate with a Full English that was dangerously good with proper bacon and sausages, and not those strange frankfurtery things that foreigners seem feel are what Brits want to eat. 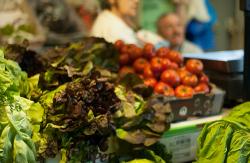 We could only spare three days of this 15 day voyage and so disembarked at Gibraltar for a flight home. The plane takes off from a runway that crosses a main road and so the traffic has to stop, and as we recovered from the surreal sight of accelerating past waiting cars, the plane banked over and we could see the Azura, finally docked next to something even larger; the Rock of Gibraltar.

Passengers can keep up with all the action from a momentous year of sport with P&O Cruises and Cunard. All coverage will be shown in public areas on board, starting with the 2014 Winter Olympics in Sochi next month.

The second half of the Premier League season will feature ahead of the FIFA World Cup in June and July. German Bundesliga matches will be shown together with Formula 1 motor racing, the Australian French and US Open tennis tournaments and golf’s Ryder Cup, Open Championship and US Open. Live coverage to will be available to all P&O Cruises and Cunard passengers on Sport 24, and is satellite dependent. P&O Cruises is offering a selection of seven and 14-night fly-cruise holidays in the Mediterranean on family-friendly contemporary ship Ventura from £999pp. Based on N413B cruise departing June 25, 2014, the Select Price fare includes return flights from Gatwick, Birmingham or Manchester, a seven-night cruise in an inside cabin, full board meals and entertainment on board. To book, visit www.pocruises.co.uk, call 0843 373 0111 or visit your local travel agent. Cunard’s Queen Mary 2 will undertake 18 seven-night Atlantic crossings between Southampton and New York, with fares from £1,099pp including one-way flight. To book visitwww.cunard.co.uk, call 0843 374 0000 or visit your local travel agent.